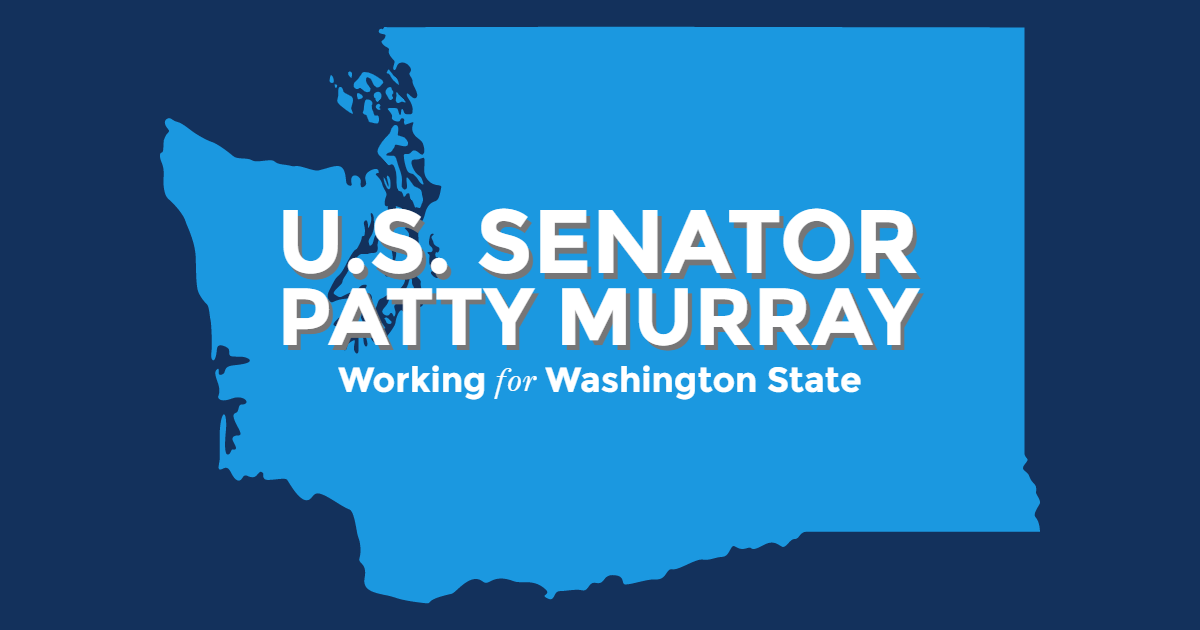 Senator Murray: “While today is a day to celebrate the history and culture of Washington state’s 29 federally recognized Tribes, it is also a day to back up our words with action to support Tribal communities”

“While today is a day to celebrate the history and culture of Washington state’s 29 federally recognized Tribes, it is also a day to back up our words with action to support Tribal communities. The American Rescue Plan was the largest investment in Tribal communities ever and the bipartisan infrastructure law is going to address longstanding needs in Indian Country that have gone unmet for too long. These bills represent a big step forward, but we can, and must, do more—that’s why I am working to get the Build Back Better Act to President Biden’s desk as soon as possible: to make child care affordable, lower health care costs, and so much more that will create opportunity and lower costs for Native families,” said Senator Murray. “This Native American Heritage day, and every day, I’m resolved to build on the important work this Congress has done so far to support Native communities. And as a voice for Washington state’s Tribes in the United States Senate, I will always advocate for Indian Country and fight to ensure the federal government lives up to its sacred commitment to Indigenous peoples across our country.”

As a voice for Washington state’s Tribes in the Senate, Senator Murray has been committed to supporting Native communities throughout the COVID-19 pandemic and to creating economic opportunity for Native families. In the American Rescue Plan signed into law earlier this year, Senator Murray helped secure the largest ever federal investment in Tribes to support Tribal communities as they confronted the health and economic impacts of the pandemic. This included $20 billion for Tribes to combat COVID-19 and provide support to communities in need, more than $6 billion for the Indian Health Service to provide medical and public health support to Tribes, more than $1.2 billion to help provide affordable housing and homelessness services, and more than $1 billion for Native education programs to assist with learning during the pandemic. Senator Murray also fought to include more than $10 billion in support for Tribes in last year’s CARES Act to help fight COVID-19 and provide assistance to local Tribal communities.

The bipartisan infrastructure law will make $13 billion in direct investments in infrastructure in Indian Country, with tens of billions more in federal grants and future funding opportunities available. The bill will help fund projects to ensure clean drinking water, access to high-speed internet, transit to connect communities, and more for Tribal communities across the state.

In her role as a senior member of the Senate Appropriations Committee, Senator Murray has consistently fought to secure additional funding for Tribal communities. She has successfully secured increased funding for the Indian Housing Block Grant Program, which helps to combat the housing issues that specifically plague tribal communities and provide housing assistance to Native Americans with low-incomes. This year’s appropriations bill in particular is set to include $18.1 billion in direct support for Tribal communities, including funding for health care and public health, mental health programs, infrastructure improvements, and more. The bill would also help address Missing and Murdered Indigenous Women cases in Indian Country, review of the troubled legacy of federal boarding school policies, and would promote Tribal climate action.

Earlier this year, Senator Murray also recommended Lauren King, a citizen of the Muscogee Nation, to the Biden-Harris administration in early 2021 to serve a lifetime appointment as a U.S. District Court Judge for the Western District of Washington. Murray secured Judge King’s confirmation to the federal bench in October. Judge King is the first Native American federal judge in Washington state’s history, the 4th currently serving, and just the 6th ever in America’s history.